And then it was March, the month where we remember and celebrate the heroines who came before us and paved the way for a better world. Pioneers in medicine, engineering, technology, education, women’s rights, and so much more.

All are deserving of a mention, but I am choosing to focus on just one. Erin Pizzey, founder of the first women’s refuge for those experiencing domestic abuse in the UK. 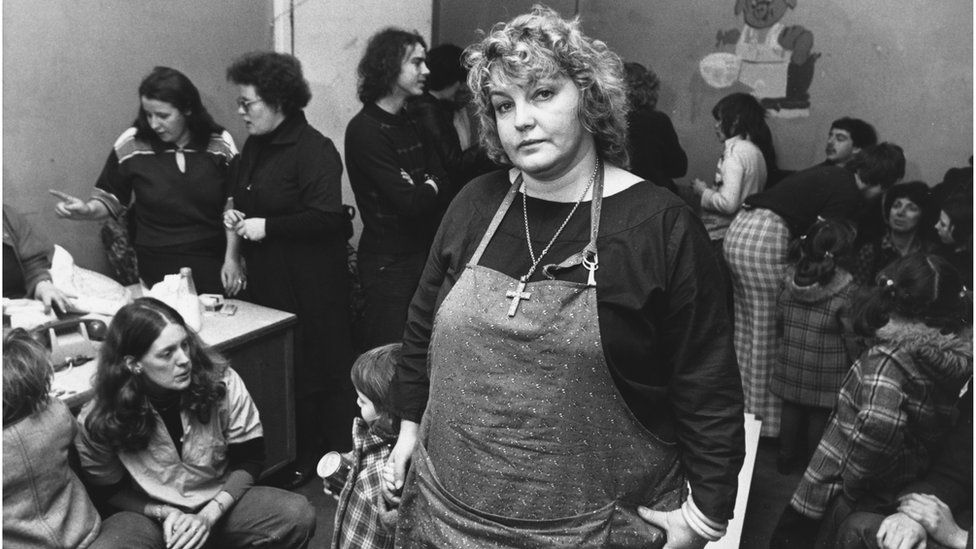 “You couldn’t leave your husband. It just wasn’t done.”

“In the Fifties and Sixties there was nothing to help women experiencing violence at home, then the women’s movement burst on to the scene and things began to change.”

“I did leave a few times with the children. I got us all out. But it was so frowned on … You couldn’t leave your husband. It just wasn’t done. I would have been horribly ashamed if anyone found out. And if I left, how would I support them? And there was never anywhere to go to … I didn’t have the money for a rented flat – I didn’t have any money at all of my own … just what I sneaked from the housekeeping he gave me, without him noticing. What could I do? After a few hours – or once we spent a night in a cheap hotel – we always went back.”

These quotes are from a Premium article published in The Independent on the 2nd of October 2021. It gives us a chilling glance back to a time when women’s rights were nothing more than fantasy, before the emergence of the women’s movement against violence in the late 1960s.

The first refuge in the UK, also thought to be the first in the world, was set up in Chiswick, London, in 1971 by Erin Pizzey, founder of Chiswick’s Women’s Aid. Subsequently, refuges began springing up around the country, spreading quickly into Scotland with the first being opened in Edinburgh in 1973 and another in Glasgow in 1974. But the speed with which these new refuges spread was a testament to how vital they were; for instance, Glasgow was one of over forty that opened throughout the UK in 1974 alone. As a result, the Scottish Women’s Aid was founded in 1976.

These refuges provided a place of safety for women and children escaping violence in their own homes. Until then, anyone coming up against domestic abuse felt they had nowhere to go. There were no charities, societies, or shelters willing to offer support. But now, decades later, the legacy of Erin and others like her, lives on through a network of dedicated charities such as Refuge, Women’s Aid, and Victim Support.

At 82, Erin is still an advocate for those facing domestic abuse. The refuge she opened all these years ago is now thought to be the largest in the modern world, while Chiswick’s Women’s Aid has grown into a charity we have all heard of, Refuge.

Domestic abuse affects women, men, and members of all LGBTQ+ groups, no matter their ethnicity or background. This was something I discovered during my research for A Life of Their Own. Kate, (my fictional character), reached a point where it was far more terrifying to stay and live another moment under the same roof as her husband than it was to flee into the unknown with her two young children. It is worth taking a moment to remind anyone in need that there are charities ready to help, at a moment’s notice, and they are just a phone call away. The rear pages of my novel have contact details to a selection of charities throughout the world.

A Life of Their Own

A Life of Their Own is purposefully not a traumatic read, it does not focus on the abuse. Instead, it follows Kate’s journey, both emotionally and physically, as she flees her New York apartment for the Colorado mountains. Any suffering is alluded to as Kate compares the reactions of those she meets along the way to those of her husbands. She learns to not always look for the ulterior motive, to trust, to have confidence in her own decisions, and to open herself up to the possibility of loving again. 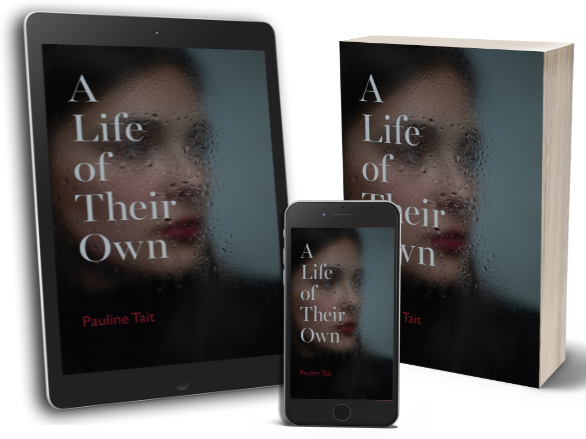 Contemporary Romance with a hint of suspense

‘It was a beautifully written novel by an extremely talented writer. Excellent character depiction, plus an exciting storyline make for a roaring success. Highly recommended.’

‘A book read in one go, so much so that I hung on to the story, so moving at certain passages, captivating, full of suspense and twists and turns with very endearing characters. I love the author’s writing so addictive.’

‘Tait has created a real page-turner and shown herself to be a successful adult fiction novelist.’