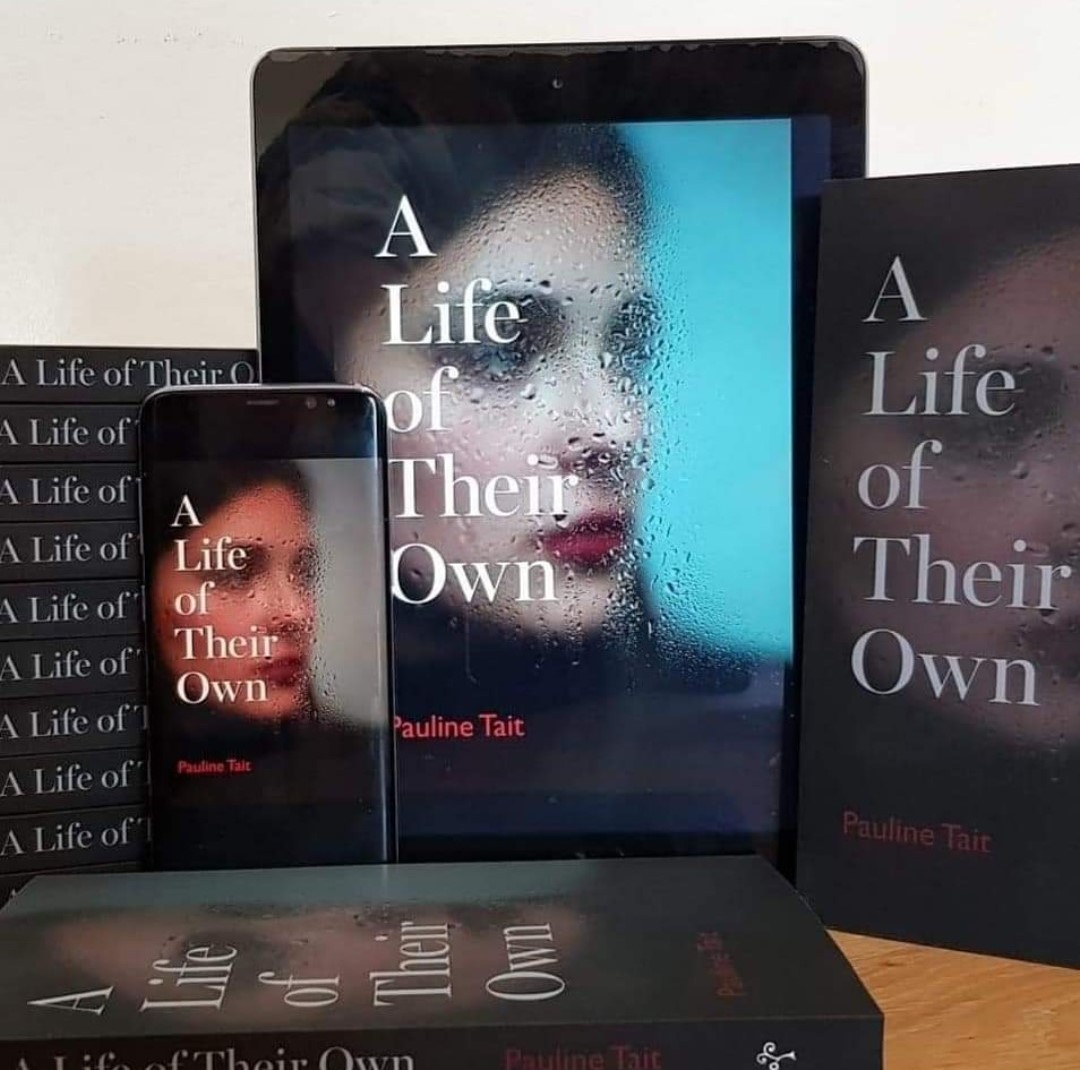 I was delighted to be interviewed as part of a RandomThingsTours Blog Tour for my novel, A Life of Their Own. It was published via Twitter (link here) but for those who don’t use Twitter, the full interview can be found below.

Blog tour: A Life Of Their Own

By Silvia_reads June 17, 2020
Welcome to the blog tour for A Life of Their Own by Pauline Tait, which published by Silverwood Books in September 2019.

I am so excited about having the author on the blog that, without further ado, here is our Q&A:

Hi Pauline! First of all, I would like to congratulate you on the publication of A Life of Their Own! Can you please briefly tell us what it is about?

A: Hi Silvia, thank you.

A Life of Their Own tackles the subject of domestic abuse. It follows Kate’s journey, both physically and emotionally, as she flees an abusive marriage in New York to start a new life with her two young children at the foot of the Colorado mountains. Described as “moving and sensitive” it explores the meaning of family, love, power and control.

It focusses on the young mother’s struggle to move on, to trust, to be confident in her own decisions, to be open to new friendships, the constant fear of her past catching up with her and the possibility of her ever being able to enter into a loving relationship again.

Purposefully, it’s not a traumatic read. My aim was to give hope to others suffering in the same way as Kate and for that reason the rear pages of the book have contact details to different charities working worldwide to help people, no matter their race or gender.

Did you have the plot entirely figured out when you started writing the book or did it take an unexpected turn as the characters grew on the page?

A: Both Kate and Matthew’s characters and their specific plot lines were in my head from the outset. However, Alice’s character developed more towards the end of the process. Initially, she was just to be an old friend who could assist Kate in her escape but as I rewrote and edited specific parts of the novel and thought about the book in its entirety her character came back into play which in turn gave another minor character more significance towards the end.

Also, I knew I had to strike a balance with the extent of the abuse and how I wrote it. To give the story real depth the abuse had to be significant, although I am keen to point out that abuse on any level is not acceptable. So, my way of dealing with this was to write about it through Kate’s memories. Hopefully, highlighting the abuse without the reader having to read through the distressing specifics.

Was A Life of Their Own your title from the very beginning or did the novel have a different working title?

A: No, originally it was to be A Life of Our Own given it was their own bid for freedom but there are other books out there with that title, so I had to tweak it a little.

If this novel was going to be turned into a film, who would you cast in the role of Kate?

A: Oh, this is a good question. Possibly either Anne Hathaway or Natalie Portman as I feel both could play the strong independent woman while at the same time bringing Kate’s struggles and bravery to life.

Without giving too much away, can you tell us about a scene in the book that you love or that was particularly difficult to write?

A: There is one scene that stands out for me. Without saying too much, Kate eventually reveals the extent of the abuse she received to another character. In this scene, it was a mixture of the setting, the events leading up to their conversation, their pent-up emotions and the character that she was opening up to that culminated in an emotionally intense scene. It was a scene that I wrote in one flow and needed very little editing afterwards.

As a writer I’m constantly trying to put myself in my character’s shoes, I think you must if you are to convey the required emotions and feelings; you have to lose yourself in the particular moment. With this scene I had done just that and was in tears by the end.

Is there anything that didn’t make it into the final version of the book?

A: No, but the Christmas scene was in then it was out and then it was in again but with more detail. At first, I had thought the scene irrelevant but as the novel spans a year it became relevant again.

If you are already working on your next writing project, would you mind giving us a little anticipation of what we are to expect?

A: I had been working on a novel set on The Isle of Skye but with the current climate and travel restrictions around Covid-19 have had to put that to one side. But this has allowed me start on another idea that has been bubbling around in my head for a while.

As yet untitled is the story of Lois, a successful writer in her late twenties who is not so lucky in love and life. It is more light-hearted than A Life of Their Own and I am hoping there is scope to turn the character’s antics into a series. It’s early stages, but I’m thoroughly enjoying writing it.

I also write children’s picture books and have the fourth and final book in The Fairy in the Kettle series written and with the illustrator. Obviously, the current climate may delay things a little, but it is on its way.

What are you reading at the moment?

A: I have been introduced to a variety of new authors recently via a friend who was clearing out her bookshelves. She brought me a carrier bag full of books and I am currently working my way through it. I have really enjoyed picking out the next book by an unknown (to me) author and giving it a go. I have just started A promise to Keep by Lilian Harry and so far, so good…

Due to the popularity of social networking websites, interacting with readers – be it via Twitter, Facebook Instagram etc. – is becoming increasingly important. How do you cope with these new demands on authors and do you think that they somehow disrupt your writing schedule?

A: I dart around in the world of social media but really, it’s not my forte. Initially, the world of hashtags and threads was hazy to say the least, but I am on Facebook, Twitter and Instagram and have gotten to grips with it over time. I think if you are a natural promoter and have the time to spend on these platforms you are fine, but it does interfere with writing; your choice of the word ‘disrupt’ is highly accurate.

What one piece of advice would you give to aspiring writers?

A: Absolutely give it a go, but as much as you plan and research your manuscript plan and research the inner workings of the publishing world and what they expect too. The Writer’s Handbook is a great starting block as how you present your story to a publisher or agent, who you approach and what you include is crucial.

Thank you for your time!

A: You’re welcome and thank you!