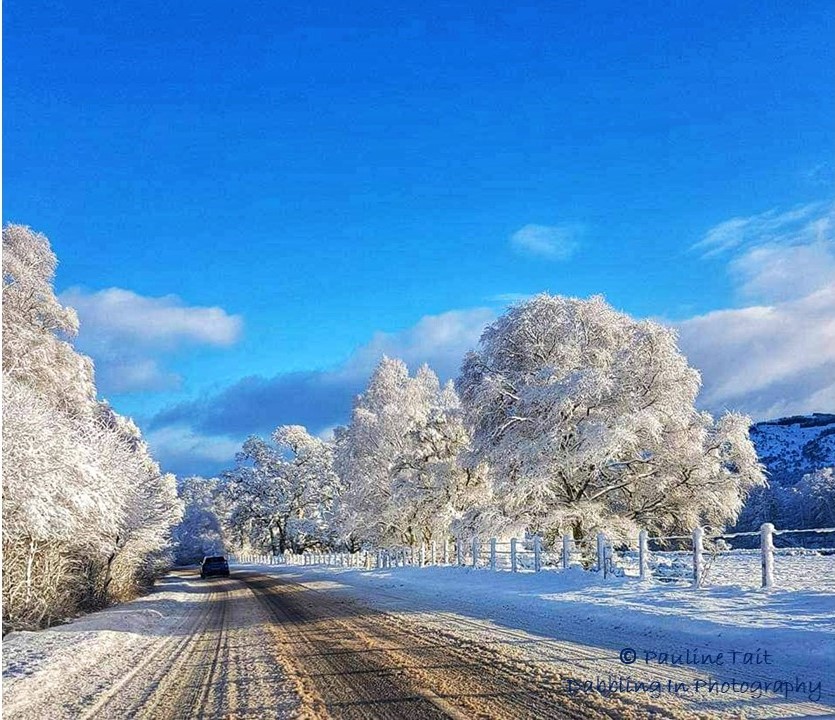 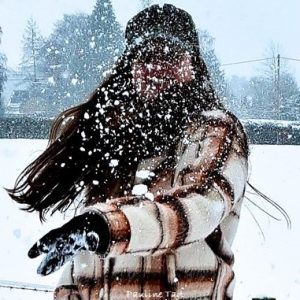 It’s now been four months since we left our little patch of rural Perthshire to move into town and, foolishly, we were almost convinced that we’d melted into town living like ducks to water. Until that is, we had our first snow of winter!

Thirty-one years after leaving my hometown, I returned convinced that town living was for us. We had overcome the initial strangeness of never having visitors or the inability to be making new memories with our family in our new home, thanks to another lockdown, and had begun making more permanent plans for our future.

Then came the snow! Suddenly, the feeling of being closed in was all-consuming. After years of country living, we had grown used to seeing the weather rolling in over the hills as it made its presence known. We had watched as the surrounding countryside changed dramatically before our eyes. We had adapted to the hardships a change in weather could bring to rural Perthshire and, for us, that was all part and parcel of the joys of living in the country. But now, we can’t see beyond our garden hedge.

And, as I drove into town, I caught glimpses of the surrounding hills, white, dramatic, and beautiful. My eyes began to water, and silent tears fell as I thought about what I was missing out on, what I had left behind.

For us, winters normally brought deer to graze around our house. Birds would scramble between our hedges in search of food and shelter while stoats, dressed in their white winter coats, would lurk below ready to pounce.

Then, I found my thoughts instinctively turning to the contents of our freezer, and then to the log store. Do we need a restock? Do we need more logs?

But a surprising calmness followed as I realised that town living meant it was okay if the freezer was a little low. And it was certainly okay that we’d no logs, after all, we’d no place to burn them in our new house.

Suddenly, the snow wasn’t such an issue, it was beautiful, and I could allow myself to enjoy it. That was, of course, until the snow arrived mid-February. Yes, we got more than we would have liked but I watched as our garden transformed into a winter wonderland, just as it had done in the countryside. I watched as we cleared snow from our paths and driveway only for it to be covered again within minutes. I watched as the mercury fell and I felt relief to get back into the warmth.

All this culminated in the realisation that, although my initial subconscious response was to shed tears for the countryside I was so used to, I was now feeling settled and at home in my new surroundings. We discovered new walks, trudged through the snow to the local shop, met new neighbours, and adjusted to the winter weather just as we would have done in the countryside. The vast open spaces I missed were not gone, they were just around the corner and in view during our dog walks.

And while my other half revelled in the fact he was shovelling snow from a much smaller driveway, my youngest, who’s in our bubble, was reminding me you are never too old for a snowball fight.

If you’ve followed my blogs, you’ll know that after years of country living and with a need to downsize, my husband and I had initially decided to give town living a year before we made any final decisions on where we should settle. I’m certainly a country girl at heart but I do remind myself of the reasons we decided to move into town; we were both craving a less isolated lifestyle now our kids had flown the nest and a lot less garden to keep. And, as I think about the many reservations I’d had at moving back into town, I realise that my first emotional hurdle has been won!

Now, as I look out at a foot of snow, I no longer feel closed in. I’m no longer wondering about what I’m missing in the little patch of the countryside we used to call home. Instead, I find myself wondering how the seasons will change my new surroundings. And I look forward to next winter when our world will have hopefully returned to some semblance of normality and our home and garden can be filled with family and friends again…and the snowball fights can resume.